Dock City Rollers recently played a closed bout against Copenhagens A-team, Rollin Heartbreakers. Feeling very excited to play against a team being that highly ranked we entered the track with confidence and a strong determination to do our best (as always).

This time, our best turned out to be better than anyone of us had ever thought it would be. Right from the start we got lead and scored some important points and after that we just kept going…and going…and going. When the halftime whistle blew DCR still had a tight grip on the first position, never letting Copenhagen pass us. The game continued pretty much the same way during the second half, finally ending with a score of 193-111 to DCR!

This win means that we have finally moved up to the top 30 on Derby Data Europe, establishing ourselves on position 27 by comfortably beating a team formerly high above our previous rank. DCR should no longer be called the underdogs, we are a force to be reckoned with and our victory parade has just begun! 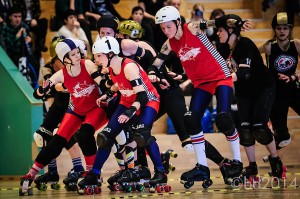 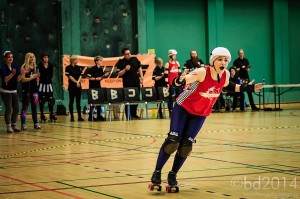 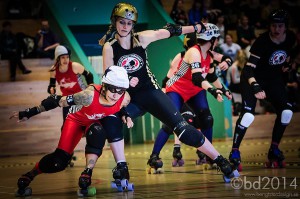 As always, the pictures have been snapped by the fabulous Bengt of bengtster design.