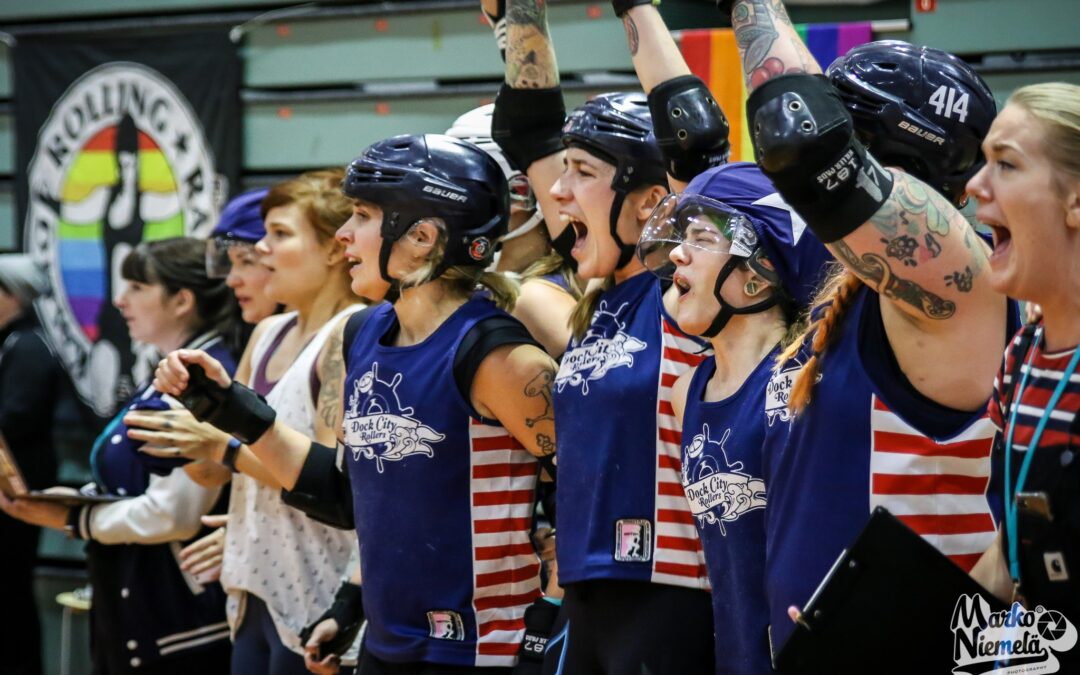 WOW! It wasn’t a dream, we actually won the WFTDA European Continental Cup!
Words can’t describe how happy and proud we are to have reached the goal we’ve worked so hard for the entire year. We have so many feelings right now, it’s still hard to grasp it all.

We faced some great teams this ECC. First game of the tournament was against Tiger Bay Brawlers, a fierce team we’ve been up against before and who gave us trouble at last year’s Continental Cup. This year however the win was ours 154 -118.

Moving on to the semi finals we faced our amazing hosts Kallio Rolling Rainbows, a team with great solid defense and versatile jammers but we managed to take the win 223-140.

That meant: gold medal game (!!) we got to play Antwerpen, a team that just broke all the brackets with upset after upset. We fought hard and faced both mental and physical challenges, the game was intense to say the least but we won! WE WON! 166-120!

We’d like to thank everyone who made this weekend possible WFTDA and Kallio Rolling Rainbow for a superb organization & hospitality, the officials and volunteers who worked so hard all weekend, the amazingly skilled announcers and photographers, all of our supporters that came to Helsinki to cheer us on, all of our supporters watching from home, our league, and everyone who’s dedicated their time coaching us this past year. You all make us proud to be a part of a sport that is constantly evolving, growing and aiming to be more inclusive and accessible.